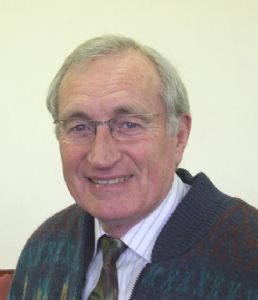 I originate from where I was born in 1940. I joined a Boys Brigade Company in late 1953, and became a Christian on the following Good Friday at a TV relay of a Billy Graham rally.

Through the BB and church activities I became stronger in my faith and in 1959 I left my apprentiship to go to the Birmingham Bible Institute where I studied for 3 years In my final year I met a first year student Pam Clark who became my wife in August 1962. In March 1963 we left the UK to join the New Tribes Mission training program in Australia, where we studied New Testament Church Principles, and Cross Culture Communication followed by Linguistic and Language training.

Our original intention in going to was to serve as missionaries in , however at the time of our graduation, in 1965, the leadership asked if we would join the staff in the training school where we served in many roles. In 1966 we adopted our first son Lloyd, and then in 1967 we adopted . Early in 1968 we travelled to the and became involved in the Mission training schools there, especially in .  In March 1969 we returned to the upon the death of Pam’s father. Shortly after arriving back in the I was asked to be the Chairman of the mission. This entailed seeking to develop the work in the , and encouraging people to become actively involved in the ministry at home and overseas. There are still people actively involved with the mission or other Christian work who we had contact with in those days. In 1971 we were able to adopt our first daughter Mary-Anne, followed by Rebecca in 1973.

In 1974 we left New Tribes Mission and became involved with Back to the Bible Broadcast based in . My main task was to represent the Broadcast ministry throughout the and into . This meant a great deal of my time was spent away from home. When in the office I helped with correspondence and artwork. In 1977 I became unwell which caused me to think about our future as a family and I resigned from Back to the Bible Broadcast not knowing what the Lord had for us. At my very last appointment for the Broadcast my name was passed on to the secretary of who in turn asked me to preach and then invited me to become the Pastor of the church. My ministry in started on 26th August 1978, initially for a period of five years.