Origins of the Church 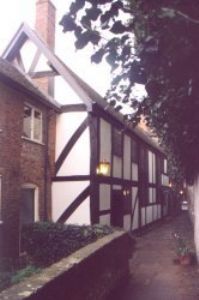 Exactly when the Tewkesbury church was founded is unknown, but the earliest documentary evidence is a deed dated 1623 conveying property to the local Baptist cause. However, the origins of the fellowship may date back even further, as there was a strong Lollard community in the area. Lollards were a group who followed the teachings of John Wycliffe, and they were known to practice adult baptism, the practice which gives the Baptist Church its name. It is thought that the Baptist fellowship in Tewkesbury may have grown out of this movement.

The earliest record of the church itself is a book containing minutes of the church and the Midlands Baptist Association, with entries dating back to 1655. At that time the church was well established, with 120 members.

During the period in which Oliver Cromwell was in power (1653 to 1658), nonconformist churches such as the Baptists enjoyed relative freedom. However, after Cromwell's death in 1658, the nonconformist churches in England suffered a period of persecution. The Act of Uniformity (1662) required every church or chapel to follow the Anglican Book of Common Prayer. Other acts followed, such as the Conventicle Act (1664) which outlawed any non-conformist meeting at which more than four persons joined a family, and the Five Mile Act (1665) which prohibited non-conformist clergy from coming within five miles of any town in which they had ministered.

Some of the entries for this period in the minutes book mentioned above were in cypher form, presumably to protect the identities of the church members. Some of the members left the church in this period, but most remained faithful.

The worst of the persecution was alleviated by the Toleration Act of 1689, but non-conformist churches continued to suffer inequality for many years afterwards.

The original church building, known simply as "The Old Baptist Chapel", is located off the Old Baptist Chapel Court, an alleyway running from Church Street down towards the river. The street is presumably named, not after the chapel, but after the grand Abbey building which stands opposite, forming a marked contrast to the small chapel building.  A burial ground is located next to the chapel. 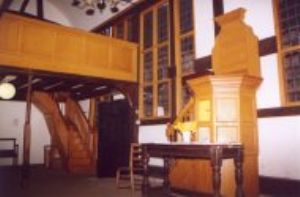 Later on, after the church had moved to new premises, it was divided up and parts of it were converted into cottages, with just the central part retained as a meeting room. However, it has now been restored to show how it probably looked in about 1720. The one exception is the rear balcony, which was probably built around 1905 but which has been retained.

The Old Baptist Chapel is owned by the Tewkesbury Baptist Chapel Trustees but presently it is administered by Tewkesbury Borough Council who have it on a long lease since the restoration in the 1970's. It is sometimes used for exhibitions and craft events.

Expansion of the Church 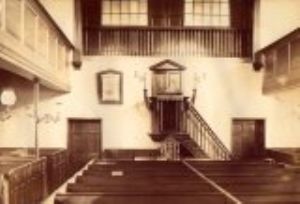 By the start of the nineteenth century it was decided that Tewkesbury needed a new church building, as the old building was too small and in poor condition. This was started in September 1804 and was opened in June 1805. This building is located between Barton Street and Swilgate Road, and was originally accessed from Barton Street via what is now known as Chapel Court (this has since been closed off and converted into shops). In 1809 a Sunday School was started, and quickly became so popular that membership had to be restricted!

The nineteenth century Barton Street building was used until 1984. However, by this date the building had deteriorated to the extent that it was not cost effective to restore it. Instead, the fellowship decided to build a new, modern church building, with facilities such as a sports hall which were not available in the old church. This was an act of faith, as the fellowship did not have the funds available to do this at the time.

For two years they met in the Adult Opportunity Centre building next to the plot for the new church. In the meantime, the Barton Street building was sold, and has been converted into flats. The building is now known as "Chapel House".

Building work began in June 1986, and the first service was held in the new church on 13th November of that year, despite the building not being quite complete. It was officially opened on the 6th December 1986. At that date only £5,000 had been paid of a £75,000 25 year mortgage. However, God honoured the faith of the church and the mortgage was completely paid off within eight years. 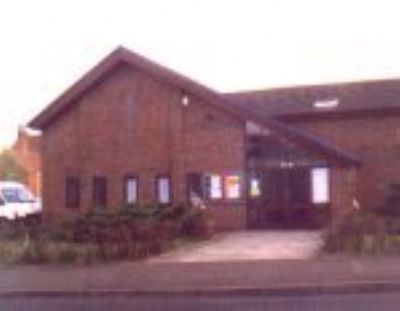 Today the church is a thriving, lively fellowship with an extensive youth work and many other activities. We look forward with confidence to discover what God has in store for us in the future.